By: Sarah Muehlbauer for CODAworx

Of all figures on earth, the human form is perhaps the most challenging for artists to represent and the most sought after for its tangible reflection of the human condition. We know our own bodies in intricate detail; and yet if asked, most of us would not know what facial muscles are used in a grimace, or the angle of a wrist carrying a pail of water. Familiarity creates an inroad for understanding humanity as a living form, but it is up to the artist to choose what details to express or withhold, to take us on a journey through the poetic dynamics of a composition. A sculpture reveals more information than the object itself. In the work of John Prout, in the space between the “real” and the art object, one finds humor, tenderness, nuance, connection, and a bit of magic.

To know John Prout, picture a young boy growing up in rural Missouri, walking to school across meadows. With friends, he harvests construction scraps to build toy battleships. He rough-houses and daydreams, and explores nature.

Prout had a “Norman Rockwell type of childhood, with more bumps and bruises,” he says, nurtured by artists in the family, with a veteran father and uncles as mentors. He credits his mother and aunts for helping him “appreciate the finer things in life,” surrounding him with love and a sense of abundance. Reflected in his work are a strong sense of family and a culture of plain speaking. Perhaps a result of this upbringing, and rare in this world, Prout’s sculptures maintain a sense of that innate curiosity of the child, with a mature and detailed aesthetic realism.


When John took his first sculpture class, he found he was at ease with the materials and could create 3-D works he could never draw. He began depicting everything from scenes of labor, to intimate moments, to fanciful imagery and religious topics, built with clay and cast as limited edition bronze work.

Each piece is heavily researched and displays a carefully chosen narrative that confounds expectation. Take for example “But She Loves Him,” a bronze figure of a woman draped over a pig. The juxtaposition of the two figures and the gesture of it create an open-ended narrative. We see a languishing nude... but why? Are we witnessing an expression of compassion, sadness over the limits of time or mortality? Does the pig symbolize another human, or a humble animal confidant? Is the gesture simply a moment in time, or an ongoing emotional state? The figure is detailed as such to make us “know” the woman and to see her vulnerability, to search in ourselves for a parallel metaphor and moment of experience. With carefully chosen titles, Prout adds a layer of intrigue in his work that keeps the viewer searching its form for the heart of the matter.

In “Dreamer” Prout gives us another classical female nude creating a kind of impossible gravity around her position and the drape of fabric beneath her. The Dreamer is at once the sleeper and avatar, the pose grounded and floating, cradled but free falling. She embodies the ego, free of persona, entering the world of the unconscious. The space around her is charged with the dynamics of her position, in a way “holding” all the potential of the subconscious creative world. It’s a beautiful example of the dynamic movement and detailed realism that characterizes Prout’s work, with his unique way of sculpting the negative space around his living forms, giving it content.

In his larger figural work like “Passion’s Embrace,” we see an example of a piece commissioned to represent emotion itself in the form of two lovers entwined. As a final cast in bronze, the flesh of the figures holds the tone and character of life. They are humble and tender.

We can imagine being them, perhaps, feeling the kind of surrender that they share. We are witness to a moment that would be so quick and personal that without sculpture to memorialize it, it might be felt but not seen... not examined and re-visited. Prout loves people and works hard at depicting the emotions and attitudes in faces, and the variable contortions the human body can achieve. He says this is “kind of a testimony of our resilience, determination, strength, our sorrows and joys. Humans are in constant motion. When we recall people in our minds, the memory I have of them is frozen in time. I strive to depict people at that moment.”

In some cases, the figures Prout sculpts are not just people, but almost archetypal figures. Such is the case in his depiction of St. Francis of Assisi, a one-and-a-half times, life-sized bronze sculpture commissioned for a private residence. To arrive at this outcome, Prout spoke with a Franciscan brother who insisted that the typical waif-like depictions failed to represent the depth of St. Francis’ journey. According to the brother, St. Francis was a trained soldier and cavalryman, a “bruiser” who was hard to get along with, always fighting people in his town. This is what made his transformation into a gentle life of sacrifice and service more remarkable, serving as a lesson of transformation.

In Prout’s St. Francis, we see a strong, agile figure kneeling in service, surrounded by delicate animals, integrating St. Francis’s humanity, humility, and power into the vignette. His gaze is peaceful, his flesh and clothing remarkably lifelike in texture and drape. The sculpture’s narrative effect is realistic, layered, and unexpected in its revealing, that even well-known icons have more life that can be known, more truth to be learned. The living form, as sculpted by John Prout, reveals an endless curiosity and whimsy for the soul and emotion that can be revealed in the space between art and life. 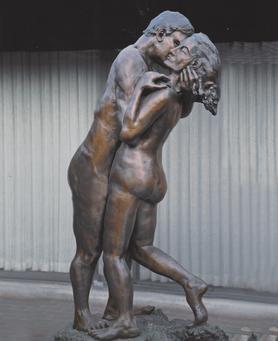 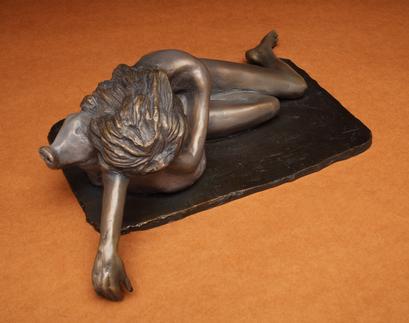 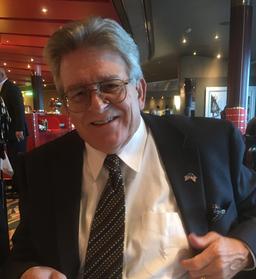 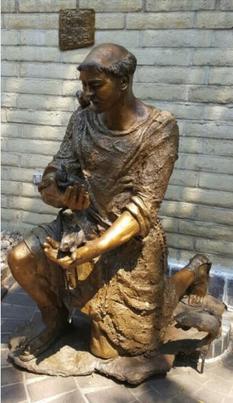 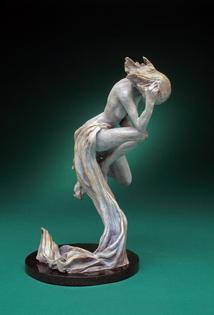